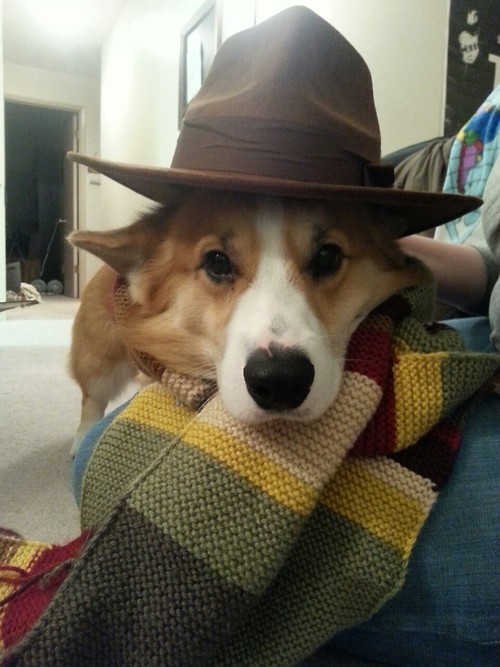 From Doctor Who TV:

Karen Gillan has explained how happy she was to make a cameo return for Matt Smith’s final moments in The Time of the Doctor.

Speaking at this month’s Sci Fi Expo panel, she said: “I was so happy! My agent phoned me and said, ‘They want you to come back to Doctor Who,’ and I was like ‘Yes!’ immediately.

“I think part of the reason that Steven Moffat wrote me into that scene was just so that Matt would have me around for his regeneration. And that was the nicest part for me, just to watch him do that, his final moments in the character.”

She later joked about the pair both wearing wigs during filming: “I keep imagining that scene but with both of us bald!”

On the replacement of young Amelia, originally played by her cousin Caitlin Blackwood, she said: “Caitlin was too tall now, so they brought in a girl with really long hair and I just remember feeling so protective over the role that I was like, ‘No. The hair is wrong guys!”

Gillan said she found the experience of seeing Capaldi on set a strange experience: “It’s so weird just watching from the outside all of a sudden. I was thinking ‘This is their TARDIS now’. Then seeing Capaldi walk in the studio was funny because it was really dark inside and light outside so when he walked in the first time he was just this silhouette. I was like ‘Oh my god!’ as he came towards us dressed in the Doctor’s clothes.”

Everyone needs a giggle on a Monday

With that hair style it certainly looks that way.  Yet another Disney comparison: