Radio Times has posted the 13 Faces of 2013 on their site.  There’s a lot of Who-folks in here, and not just the big ones like Matt Smith, Jenna Coleman and David Tennant!

All right, this made me cry… Something about grown men getting a little weepy just does me in:

As I said in a previous post, there were some issues with The Time of the Doctor which I chose to ignore.  Doctor Who TV has addressed some of these:

Matt Smith’s swan song emotionally affected millions of viewers on Christmas Day. However, was it the best tribute to a fantastic Doctor? This article looks at the plot points of Matt’s era that were hidden, invalidated, or disregarded altogether in his final episode.

“On the fields of Trenzalore, at the fall of the eleventh, when no living creature can speak falsely or fail to answer, a Question will be asked, a question that must never, ever be answered. Doctor Who?”

In The Time of the Doctor, we see bits of a brutal war being fought on the planet of Trenzalore, and the one Doctor who had no choice but to stay on the battlefield. As the Time Lords yelled through the cracks the oldest question of the universe, Eleven refused to answer it, letting the battle for Trenzalore continue. This completely disregards the purpose of the truth field and the prophecy.

As we know from all the way back to The Eleventh Hour, the question will no longer be asked and ‘silence will fall’ if the Doctor says his name. If silence means the Doctor’s death, as he mentions in The Wedding of River Song, then silence never falls. The Doctor is saved by the Time Lords, invalidating the prophecy and rewriting fixed time. And when does ‘the fall of the eleventh’ occur? The prophecy implies that once Eleven falls, the question will be asked. The prophecy is also disregarded when the Doctor reveals that he is, in fact, the Thirteenth Doctor. In no way did this episode tie up loose ends from Series 5 and 6.

If the Doctor’s grave is not on Trenzalore, if he did not die in that battle, then Clara would have no need to enter his timeline and save him. Going off the notion that the battle ended once the Doctor killed everyone with his regeneration energy, this completely invalidates all of Series 7. There would be no more multiple versions of Clara, giving no mystery to solve. Since his timeline was altered due to the fact that he didn’t die at Trenzalore, it is crashing in on itself. He loses memories such as how to fly the TARDIS. This issue should hopefully be expanded on in Series 8.

The Doctor also allied with the Silence during the war, an enemy that he spent an entire series fighting. The Silence were minor plot points in this episode, an issue considering they are a part of the original prophecy (it is inferred that when the Doctor says his name, chaos will end and, more literally, the Order of the Silence will end, their mission fulfilled.) Considering how huge of a plot point the Silence were, to merely ally with them in the end was a huge, out of character cop-out for the Doctor.

In my opinion, the Eleventh era was defined by not only Matt’s amazing acting, but the fantastic storylines and gut-wrenching characters his Doctor encountered. In a utopia, these would come together in a perfect resolution for Matt’s final episode. However, I was disappointed by the cheap and easy way the loose ends were tied and angry to find much of the past 4 years disregarded or invalidated. This is in no way a discredit to his acting – Matt’s final performance alone caused me to shed a tear. The content itself seemed rushed and incomplete, though. The episode to me was a poor ending to a fantastic era.

I spent the holidays travelling, and spent several days without power.  Now I’m back and (for now, anyhow) the power is on.  Bet you know the first thing I did… In case not, I watched The Time of the Doctor.  Now I’ll admit that it wasn’t without issues, but being a month since the last episode I decided to ignore them and just enjoy it.

Although I couldn’t much enjoy losing Matt Smith.  You see, I’ve grown rather fond of him over the last few years.

If you haven’t watched the Christmas special yet, you may not want to read on.  This is going to get somewhat spoilery.  Myself, I pretty much avoided the internet altogether so that I wouldn’t accidently see something episode-related.  And to a certain family member that watched it first: thanks for telling me absolutely nothing.  Yes, I really mean that and am not just being facetious.

Certain things about the episode really bothered me, and it wasn’t even the big stuff.  For example, the Doctor is running around with a Cyberman’s head and an eye stalk, yet there’s no real explanation.

I purposely tried to watch the episode when no one was around because I felt I may get a little weepy.  The regeneration scene was going to be very different from Tennant’s (or so we were told) but I didn’t really want to risk it.  I was doing just fine at the beginning, but when 11 appeared with an older face I started to feel it.  When Clara held onto the TARDIS and turned around to see him I REALLY felt it.  It pulled at my tiny underdeveloped heart strings.  When he began to regenerate… a couple of tears were shed.  But when Amy appeared… I alternated between happy and really sad.  Fantastic to see her appear before he changed, even if she wasn’t really there.  The ‘everything changes’ speech felt more like Matt Smith’s speech than the Doctor’s, much like Tennant’s departing speech.  It also felt like Clara’s tears were actually Jenna Coleman’s tears…

When Capaldi appeared I could see the Doctor in him.  I have high hopes for him when the show returns.  I also really liked that Smith got one last speech in before he went, as well as the fact that they (sort-of) addressed the numbering.  But to be honest, it really felt like he was mostly gone when his face aged.  Maybe because it didn’t really look like him and maybe because of what was done with the character.  His performance was enjoyable though.

The plan is to re-watch the episode soon.  In the meantime, what did you think?

… and I will miss Matt Smith… 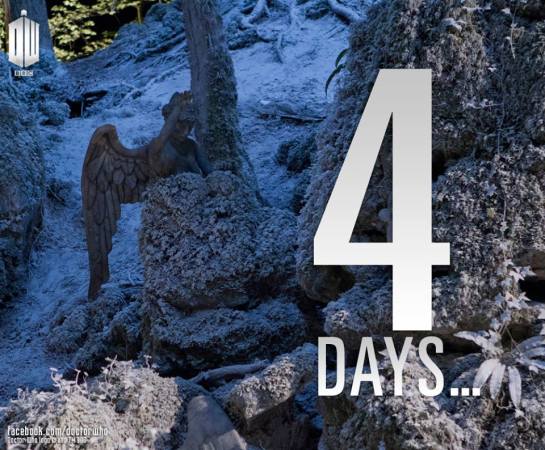 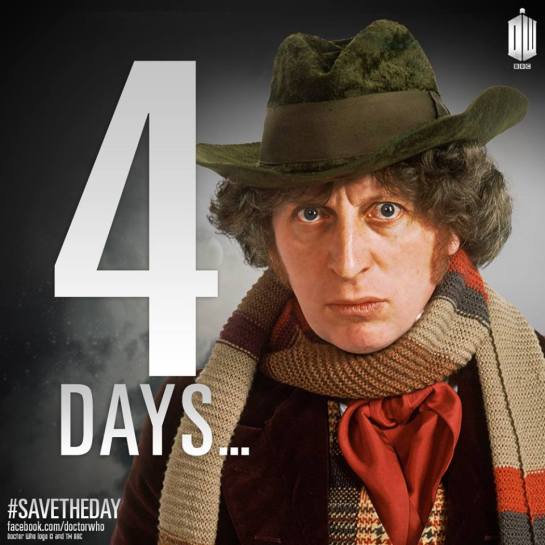 A new click from The Time of the Doctor